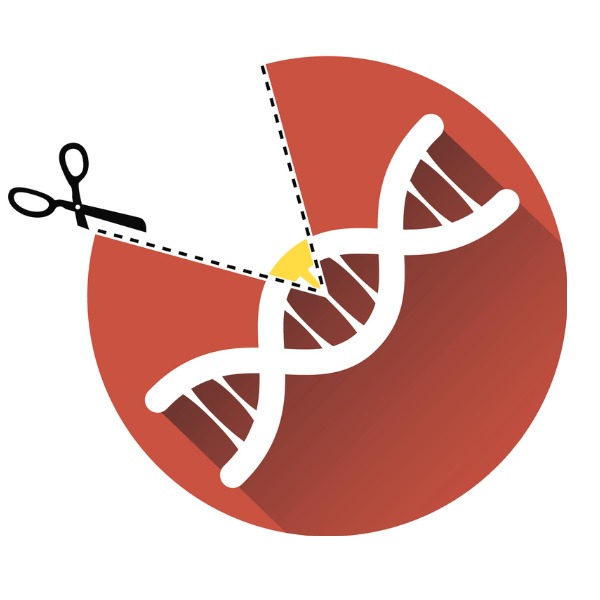 Medical biotechnology allows scientists to make changes to the genomes of living things. What are the pros and cons of having access to techniques like these?

What if I told you that scientists have the ability to change certain traits in an unborn child? That they could change the colour of that child’s eyes? Or eliminate the chances of them developing a genetic disease before they are born?

Genome editing, also called gene editing, is the modification of genes. It is a field of genetics that’s growing quickly. Genome editing could make these things possible… if people want them to be.

You may have heard about CRISPR (Clustered Regularly Interspaced Short Palindromic Repeats). This is a gene editing technique discovered in 2012. Scientists found a way to make bacteria edit genes for us. Before then, gene editing was very expensive and hard to do. CRISPR has made gene editing much easier. It has got a lot of scientists talking about what we could do, how we should do it, and whether we should do it in the first place!

Scientists already edit plant genes to make plants more nutritious for the humans that eat them. Scientists also use CRISPR to edit animal genes so that the animals are better able to resist diseases. And the techniques that work on animals can also be used on humans. They can be used to  help with many health problems, most obviously diseases that are caused by genetic problems.

A technique called germline editing is more controversial. Germline editing is the editing of reproductive cells. In humans, these are sperm and eggs.  With this type of editing, scientists could make changes to humans that would be passed on to their children.  This would mean that certain genetic diseases could eventually be wiped out altogether.

But gene editing remains an extremely controversial topic. That’s because it raises some ethical concerns.

Gene editing could get rid of diseases that run in the family. But they could also change other features like hair colour, eye colour, or height. They could create a child based on the wishes of the parents-to-be. And this is a major concern for many people involved in the field.

Some other concerns that people have about gene editing are:

However, there are arguments on the other side of these concerns, too.

How do scientists address the issues of safety and chances of error? Scientists state that nothing in the world of experimental science is 100% safe. The question is not “Is it safe?” Instead, it’s “Is it safe enough to be worth pursuing?” In other words, do the benefits outweigh the risks? Remember, gene editing could help scientists diagnose and eliminate diseases. Scientists and the body of government funding the research must agree on their answer to this question.

However, addressing the slippery slope issue seems to be more challenging. What qualifies as a correction of a deficiency? What qualifies as an unnecessary change? There is no clear-cut definition of either of these. So I encourage you, as future scientists, to think about the ethical boundaries and potential consequences of genome editing. Do you think the benefits outweigh the costs?

As of 2019, Canadian law does not allow scientists to make changes to an unborn child’s genome that can be passed down to that child’s children.

This CBC documentary (44:08 min.) & accompanying text discuss how technologies like CRISPR are allowing for DNA to be quickly and easily modified, how this can help people, and what possible consequences are.

Genetic Engineering Will Change Everything Forever (2016)

This video (16:03 min.) by Kurzgesagt gives an explanation of genetic engineering and CRISPR followed by a discussion of some future implications.

The First Gene-Edited Babies Are Here, Like It or Not (2018)

Video (7:03 min.) from SciShow News explains the criticism of a Chinese CRISPR experiment to make twin girls immune to HIV.